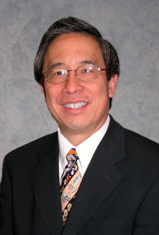 Dr. Huey was an integral part of the Blue Cross and Blue Shield of Oklahoma family during his 15-year tenure. He served as chief medical officer from 1992 until November 2007, when he became company president.

As a physician, Huey served his community in many ways. He served on the board of directors of the Parent Child Center of Tulsa, the Oklahoma Caring Foundation and Tulsa Court Appointed Special Advocates. As a member of Asbury United Methodist Church, he served on mission trips to Estonia, Tanzania and Guatemala. He also volunteered at the Bedlam Clinic in Tulsa.

The youngest of three children, Dr. Huey was born Jan. 1, 1950, to Bernice (Lee) and Herbert Ming Huey in San Antonio. He attended Texas Christian University, where he met his future wife, Linda Wilson. He graduated in 1972, and the couple married the next year.